Wetlands are a critically important component of the world’s ecosystems and, like most other ecosystems, have been in decline. The UN named February 2nd as World Wetlands Day back in 1997 to raise awareness of wetlands and their vital role in provision of freshwater, in biodiversity conservation and in climate change mitigation and adaptation.

There are many types of wetlands including bogs and marshes, rivers, lakes and ponds, coastal estuaries and tidal flats as well as mangrove swamps and coral reefs.

The UN says that wetlands are disappearing three times faster than forests and are the Earth’s most threatened ecosystem. The threats to wetlands include drainage for agriculture, pollution, overfishing, invasive species and climate change. As the habitat declines, so too do the species that live there. In fact, according to the UN, one in three freshwater species and 25% of all wetland species face extinction from wetland decline.

The messages from World Wetlands Day are

Here in Penllergare, we are so fortunate to have the river and lakes, various ponds at Cadle and Middle Park, multiple small streams and flushes and good stretches of “wet woodland”. The wet woodland in Penllergare is mostly in flatter riverside areas in the southern half of the valley, readily flooded by the river and tending to be dominated by willow and alder. This is a rare habitat in Britain now, making conservation of what remains all the more important.

So, what is the Trust doing to help?

Well, we have dug new ponds in Middle Park and fenced these off to limit access. We also continue to battle the highly invasive Himalayan Balsam, a tall annual plant with pink flowers, which favours damp ground.

We’re planning to improve natural processes in the river by removing some obstructing weirs and to create new ditches near the Lower Lake to encourage water vole.

It would be really helpful if dogs could be kept out of the river, the lakes and ponds – this will decrease disturbance to wildlife, help to decrease erosion of the riverbanks and decrease the risks to water insects from pet flea treatments. 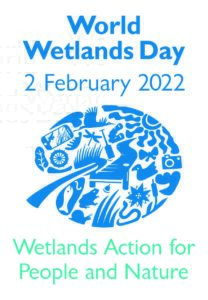 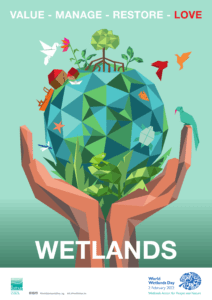